Consul, the citizen participation platform shared as open source by the city of Madrid (Spain), is being implemented in 18 countries across the world. In Spain, Consul is used by over 40 villages, towns and cities. In Europe, Consul is also used by Paris and Aude (France), Turin (Italy), and Tirana (Albania), while Madrid has recently been in touch with towns and cities in Bulgaria, Italy, Germany, Malta, the Netherlands, Slovenia and Poland.

“Public services contact us, and the collaboration usually starts with a video conference where we explain Consul and recommend that they find a developer who knows Ruby on Rails,” says Enrique Muguerza Judez, head of the unit in Madrid that is responsible for citizen participation projects. “Later, our developers can answer technical questions via chat. So, we don’t do installations, but we help remove doubts.”

This year so far, the team has introduced Consul to developers working for Burgas (Bulgaria), Düsseldorf (Germany), Gdynia (Poland), La Valetta (Malta) and other towns and cities, Mr Judez said in an interview with the European Commission’s Open Source Observatory (OSOR). One of Madrid’s Consul experts is presenting in Tampere (Finland) at the MindTrek conference in October, and the ConsulCon18 conference is taking place in Madrid on 22–24 November.

With a little bit of help from OSOR, Madrid might soon also be talking to Belgium, Denmark, France, and Sweden.

One of the most recent implementations of Consul is for Más Democracia en Europa (More Democracy in Europe), a citizen participation project involving Spain’s Ministry of Foreign Affairs and the European Council on Foreign Relations. 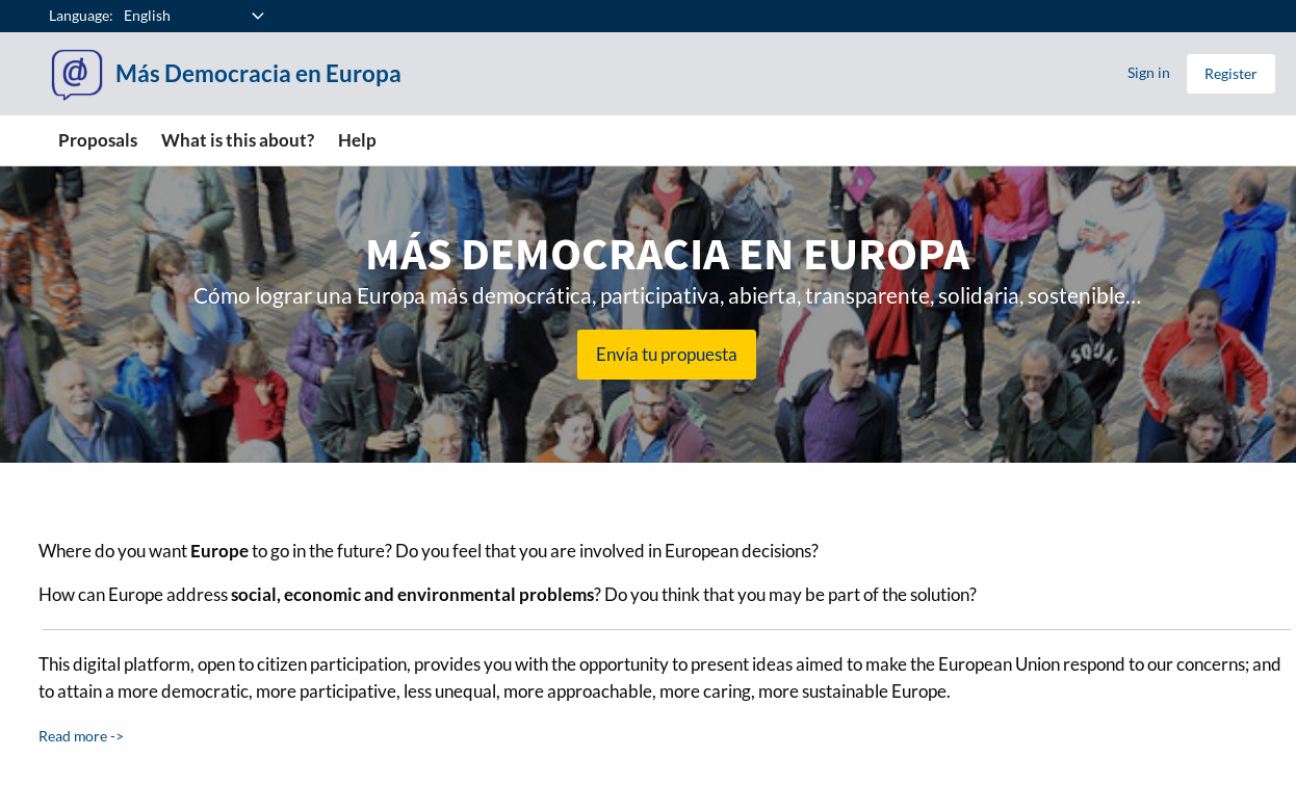 Consul is available on GitHub, where it is published under the Affero GPL. Much of the code is being written by developers working for Madrid, but contributors include developers based in Argentina, Germany, India, Mexico, Sweden, USA, United Kingdom and Venezuela.

This article was published at joinup.